The Importance of Small Steps

Happy New Year 2015! Over the Christmas break, I learned how you can achieve great things just by taking small steps!

I recently moved to Colorado Springs and really wanted to climb the nearby Manitou Incline. It climbs 2,000 feet in elevation in one mile, averaging 41% incline with 68% at its steepest! It is considered one of the highest sets of stairs in the world! Before you begin, there are warnings about the extreme rating of the trail with its 2,744 steps. Even though it might be icy and covered in snow, I was excited to try it out and see if I could do it.

The beginning was more gentle than I thought. But then it got steeper, much steeper. The steps went from a single railroad tie to three railroad ties thick. I had to take several breaks. I learned the importance of not getting overwhelmed by how far I had to go, but to just take it step by step. And to also stop, enjoy the view and be proud of how far I had come along the way. I kept going and made it to the top!

Research shows that less than 10% of people meet their New Year's resolutions. But I want to encourage you, no matter how big you've set your goals, just take small steps, keep going and you can do it! The important thing is to reward yourself for how far you've come and just take it one step at a time! 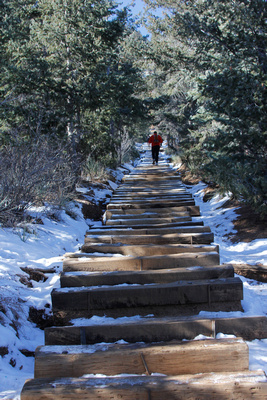 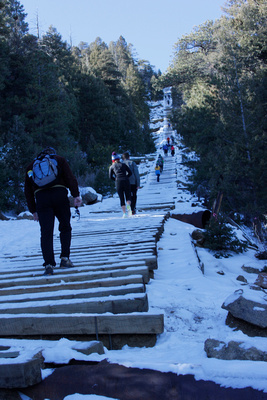